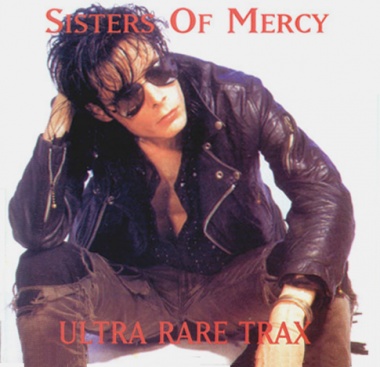 A 17-track bootleg CD with various early versions and demos. 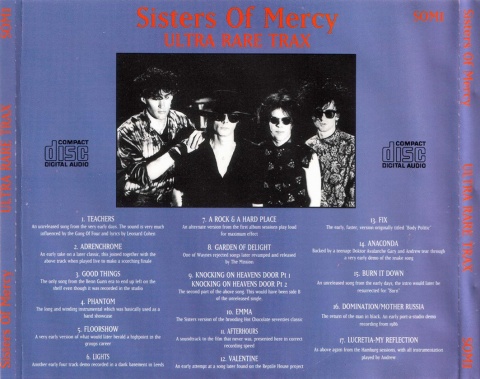 The booklet's comments the tracks as follows:


1. An unreleased song from the very early days. The sound is much influenced by the Gang of Four and lyrics by Leonard Cohen. 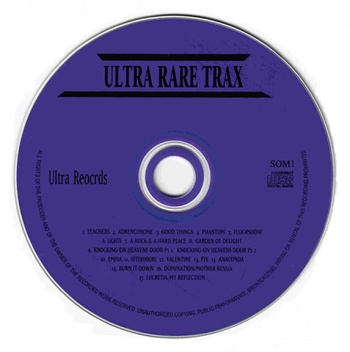 2. An early take on a later classic, this joined together with the above track when played live to make a scorching finale.


3. The only song from the Ben Gunn era to end up left on the shelf even though it was recorded in the studio.


4. The long and winding instrumental which was basically used as a band showcase.


5. A very early version of what would later herald a highpoint of the groups carer.


6. Another early four track demo recorded in a dark basement in Leeds.


7. An alternate version from the first album sessions play loud for maximum effect.


8. One of Wayne's rejected songs later revamped and released by The Mission.


9. The second part of the above song *(see Pt.1). This would have been Side B of the unreleased single.


10. The Sisters' version of the brooding Hot Chocolate seventies classic.


11. A soundtrack of the film that never was, presented here in correct recording speed.


12. An early attempt at a song later found on the Reptile House project.


14. Backed by a teenage Doktor Avalanche, Gary and Andrew tear through a very early demo of the snake song.


15. An unreleased song from the early days, the intro would later be resurrected.


17. As above, again from the Hamburg sessions with all instrumentation played by Andrew.