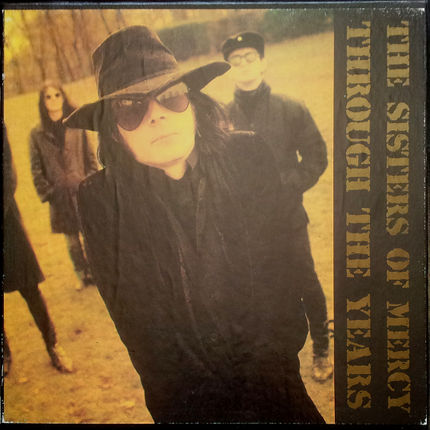 Through The Years - Box Cover (front)

Through The Years - Box Cover (Spine) 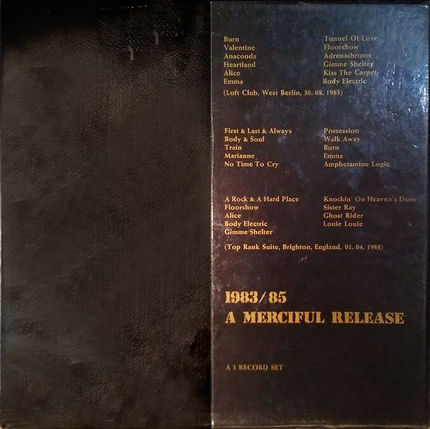 Through The Years - Box Cover (back) 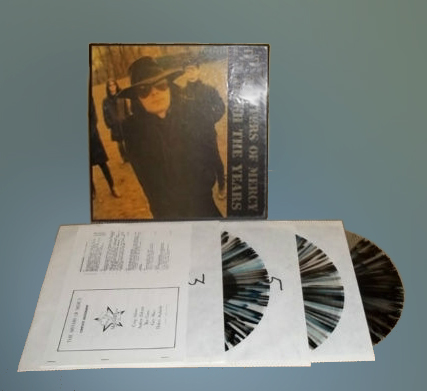 This is a three record box bootleg that features two full concerts of the Sisters of Mercy.


The first concert was performed in 1983 during the Trans-Europe Excess Tour when Ben Gunn still played second guitar in the band. The other gig is from the Tune In - Turn On - Burn Out Tour in 1985 when Wayne Hussey had already joined the band on guitar, replacing the before mentioned Ben Gunn. It was also the last time that Gary Marx played on tour with The Sisters of Mercy. One day later, on April 2nd, he was still present, when The Sisters of Mercy performed two songs during the Old Grey Whistle Test on BBC TV, but left the band afterwards for good.


This change of personnel through the years obviously changed the sound and the modalities of the songs, too, which is well reflected on this bootleg. Some songs are repeatedly featured on the different sides of the records, and they sound amazingly varied because they were recorded at concerts from different eras.


Another point that was improved (and not only changed) through the years is Doktor Avalanche. At the time of the Trans-Europe Excess Tour the band were still using their initial Boss Dr.Rhythm drum machine, while in 1985 and during the Tune In - Turn On - Burn Out Tour, they had already obtained the more sophisticated Oberheim DMX. This improvement is clearly audible on the records.

to the cardboard in such way that it links the lid to the left side of the box, so that it can be opened as a folder.

The sound quality of the first (record one) is very good.
The second (record two and three) is inferior to the other as it has several up- and downturns of the volume.

He introduces Temple Of Love this way, for example:

It comes with one light green marbled vinyl (record one),
one blue marbled vinyl (record 2) and one black vinyl (record 3).
This edition has black Merciful Release labels with alphabetic numbering.
It does also exist with the first record on dark green instead of light green marbled vinyl.
Here, record three is sometimes made of an extremely dark green, dark red, dark blue,
or dark purple vinyl, all of which easily appearing as black.
On the back of this entire edition, a large Merciful Release logo sticker in orange on black
(same colour as the front cover picture) is glued to the box.

So far, it is not 100% clear which record of this version is pressed in which colour.

does exist as well. The labels show a picture of a dog's head leaning on a table and are alphabetically numbered.
The image of the dog's head is a detail taken from the front cover image of the LP There's One In Every Crowd
released by Eric Clapton in 1975. See pictures down below.

For recent price developments see sistersbootlegs/Through The Years or popsike/through the years. 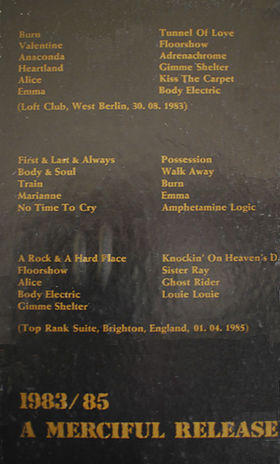 Through The Years - Box Back Cover (detail)