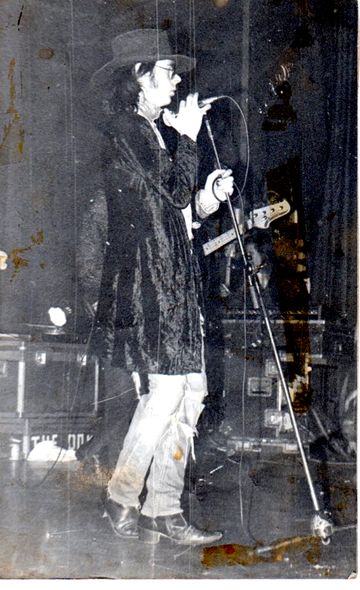 Andrew Eldritch on stage at Mr Kiesa's in Leicester, UK in his velvet stage coat and hat typical for the time

... was basically the theme of not only this spring tour of the UK in March 1985.
Maybe it was a first hint at the condition the band was in, for after the final gig in Brighton,
founding member Gary Marx left The Sisters of Mercy.


Support act during this tour were The Scientists with Lucas Fox, who had stepped in on drums.
At the last gig of the tour, Andrew Eldritch invited him on stage to sing Knockin' On Heaven's Door
with him. A few months on in 1986, Lucas Fox would become the producer of The Sisterhood single
Giving Ground and their subsequent album Gift.

On 8 March 1985, The Sisters of Mercy released the No Time To Cry single.
With Blood Money and Bury Me Deep, the single featured two songs that would hardly - if ever -
be performed live in the coming decades.


First And Last And Always, The Sisters first studio album, followed on March 11th, 1985.
Both releases were widely promoted in the media, accompanied by the according tour dates,
(see the pictures below). 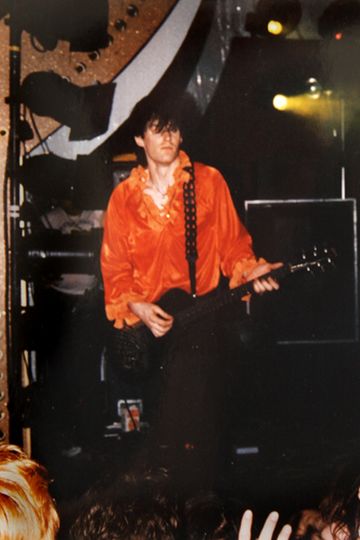 Gary Marx on stage at Top Rank, Brighton - the last gig, he would ever play with The Sisters of Mercy

Further information about the individual gigs, audience recordings and bootlegs can be found
along the links in the Tour Schedule below. Anyway, all the concerts were recorded from the
audience (often even several times) and are in circulation among the fanbase.


For those interested in such stuff, we also recommend to check out the wonderful statistics
that can be found at The Sisters of Mercy Database v0.5 beta

Our thanks for the photo of Gary Marx at Top Rank, Brighton go to Heartland Forum member spiggymr7.