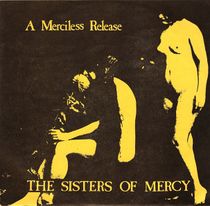 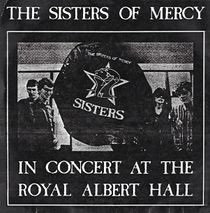 In Concert At The Royal Albert Hall
- Cover (front)

There is, in fact not really a bootleg of that name.

When talking about Knockin' On Heaven's Door - Emma, collectors usually refer to either

Both singles were released by Scatterbrainchild Records ‎and feature the songs


Knockin' On Heaven's Door on Side A and Emma on the b-side,


both recorded live at The Royal Albert Hall on 18 June 1985, the famous last gig


of the remains of The Sisters of Mercy's First And Last And Always line-up.

For further details on the aforementioned 7" singles,


please check the according links to the pages for the


individual releases given above.