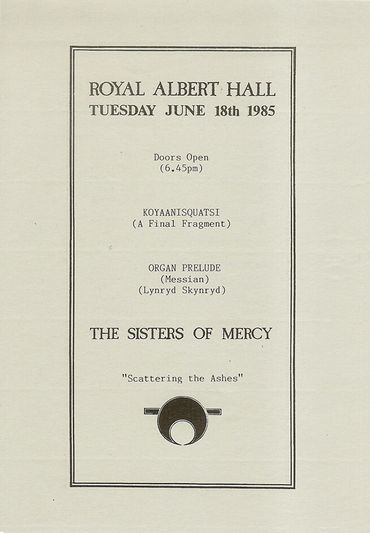 This is the legendary gig commonly known as Wake, a name given to it by Andrew Eldritch
no less than four months before it happened. Previously, Andrew had bruised his ribs and consequently,
he was unable to move much. Nevertheless the band gave an astonishing performance.


Originally advertised in the UK music press as Altamont - A Festival of Remembrance. 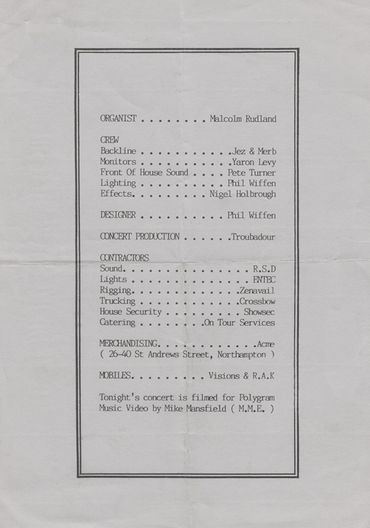 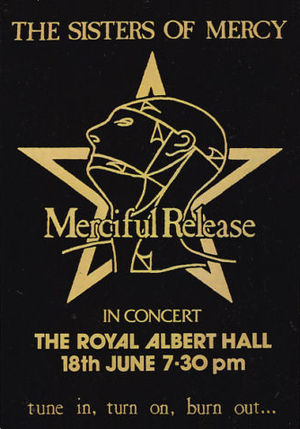 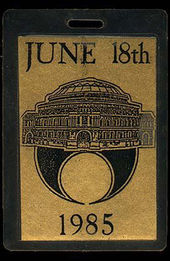 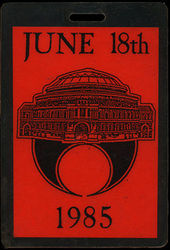