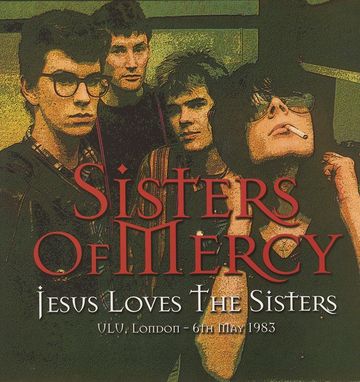 
The Sisters of Mercy's performance at ULU, London on 6th May 1983.

The recording used here could be an audience recording, although a mixing-desk recording of excellent sound quality does exist as well. It has not been established beyond doubt which of the two recordings actually is on this record. Anyway, the last song of the concert, Emma, is omitted from both these recordings and on the present album as well. 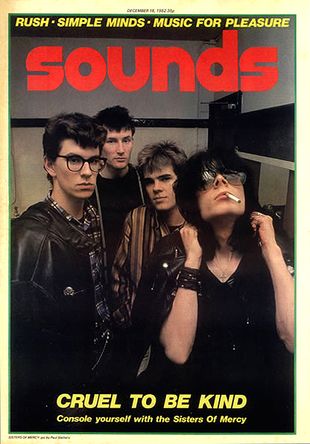 from the 1983 Trans-Europe Excess Tour, recorded at Odeon, Münster, Germany on 1st September 1983.
Nonetheless, it is most likely that cassette, which the bootleg name derives from,
see Jesus Loves The Sisters (cassette).

and noted as such on the cover back. Beyond that and apart from the band name and the track list,
the backcover notes: JLTS-001 ALL RIGHTS OF THE MANUFACTURER AND OF THE OWNER RESERVED

All the coloured vinyls, except the white ones, are more or less transparent.

that was originally used on the title page of SOUNDS, Issue from 18 December 1982, headlined with
"Cruel To Be Kind - Console Yourself With The Sisters Of Mercy".

followed by the record title "JESUS LOVES THE SISTERS" in a medium green small capitals font. 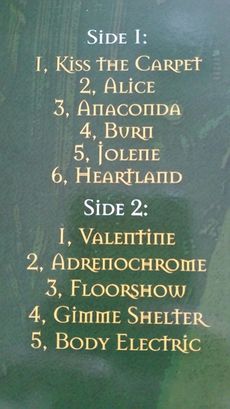 The test pressing for this record is a rather unspectacular thing: black vinyl, white label, white inner sleeve, generic white die-cut cover. Runouts are JLTS - 001 - A or JLTS - 001 - B, resp.