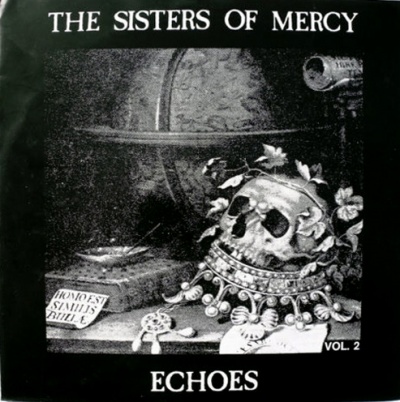 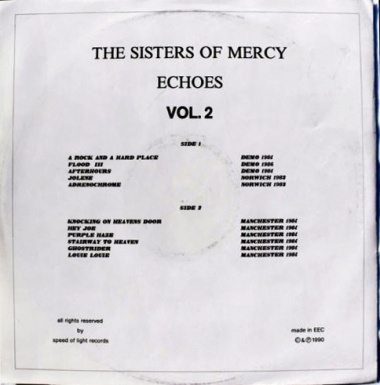 ECHOES is a series of four vinyl bootlegs with live and demo material. The first one was put out as a 7” single, while the following three - including the present one - were released in 12” format.


A series of ECHOES-CDs does exist as well. 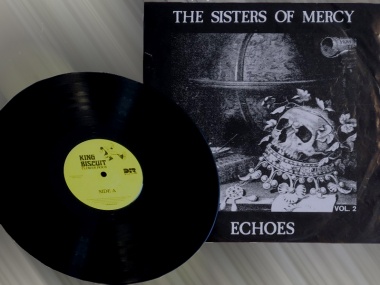 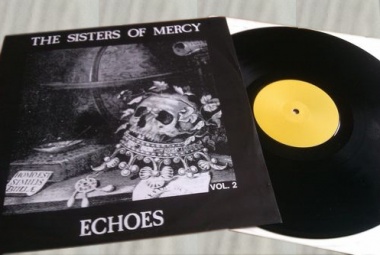 The labels are yellow (orange) and say: "for radio play only (Not for sale)" and:
"This program is solely for the one-time broadcast use of stations cleared
by DIR Broadcasting on the designated date and time scheduled by the
network. It must be returned to DIR network immediately after airing."


There is no mention, whatsoever, of the band or the tracks on these labels.
The matrix number on either side of the vinyl is TEMPLE 67 A/B.
500 - 1000 copies of this radio promo do exist.
(For pictures see on the right and scroll to down below ...)


NOTE: From this issue on, all releases are attributed to Speed of Light Records. 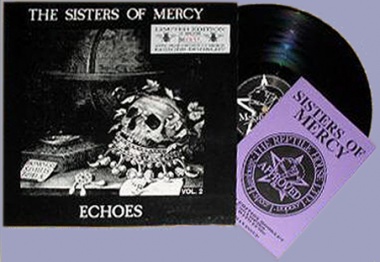 The accompanying booklet shows a large "Approved" print with the logo of The Reptile House,
The Sisters of Mercy's Merchandise Service. (Find more pictures of this one down below...)

Also, there is no mention of a booklet with it.