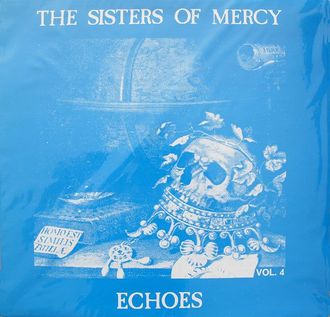 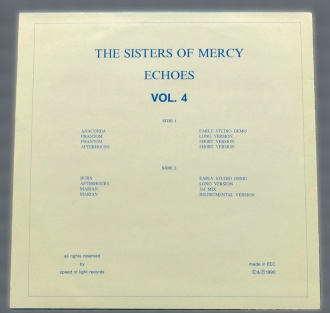 ECHOES Vol. 4 - Cover (back) - identical for all editions

ECHOES is a series of 4 vinyl bootlegs with live and demo material.


The first one was put out as a 7” singles, the others in 12” format, such as the present one.


All these bootlegs maintain the same front coverart in different colours,

Further information on the front coverart can be found under Echoes Vol 1.


An ECHOES CD-series does exist as well, but with different contents and with an entirely different appearance.

The vinyls have plain orange labels. 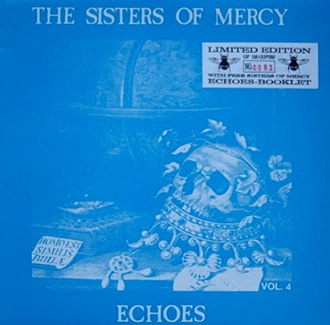