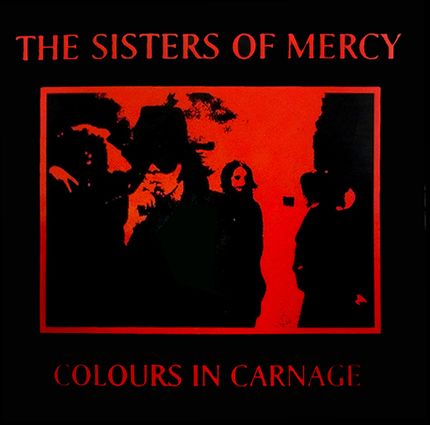 A live-bootleg from The Sisters 1984 Black October Tour, originally released on CD in 1990...


A few times only did Doktor Avalanche malfunction to an extent that the band had to cancel a song and as it seems,
Colours in Carnage is the only document on vinyl of an incident as such on stage. Here is a brief description of the events:


Right at the beginning of Burn, which was the opening track on that day, Doktor Avalanche suddenly stopped. This happened three times in a row.
So the band decided to go on with the next song and performed Heartland. But during the long final chorus Doktor Avalanche began to play some
irregular beats and the band abandoned that song as well.

Andrew commented:
"We‘ve got to attend to our machinery for a while. It's deedless.”

Then, as the audience became fretful, someone else on stage said:
“Listen! You can get these songs the right way and you can get them the wrong way.


If you wait ten minutes, we'll get them the right way. So I suggest, you shut up for a while and talk amongst yourselves!"

The (ten) minutes it took to attend to Doktor Avalanche are, of course, omitted on the record.

Before the band restarted their performance Andrew apologized:
"Sorry about that. Let's hope it works. Nobody wants this.”

Then they played the whole song of Burn and a shortened reprise of Heartland - just the last verse and the final chorus.
And afterwards in terms of machinery, the concert continued in the usual way. 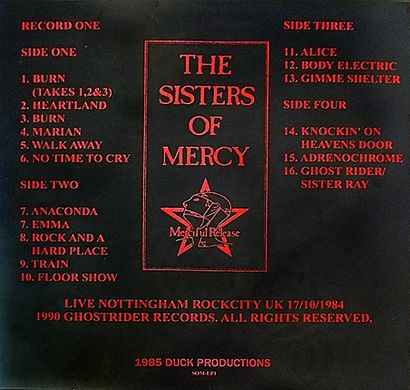 Colours In Carnage - LP cover (back)