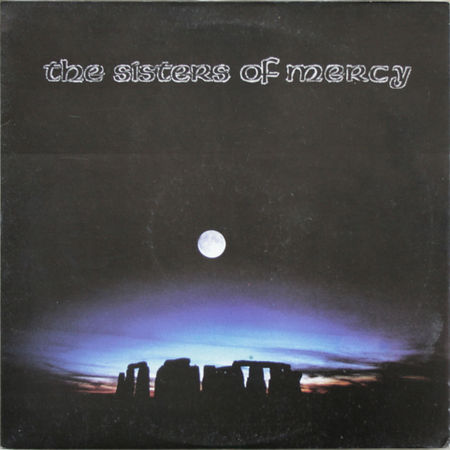 A 12" live bootleg from the Tune In, Turn On, Burn Out Tour in spring 1985 released in many
different vinyl colours. The content is part of the London Lyceum show on 25 March 1985.

A Rock And A Hard Place, Train, Floorshow, Emma, Alice and Gimme Shelter are missing.

although that recording is incomplete as well.

Dark Paradise and Hey, That's No Way To Say Goodbye.

while following issues came in a large variety of colours and in a cover without lamination, allegedly in limited editions of 500 copies per vinyl colour. 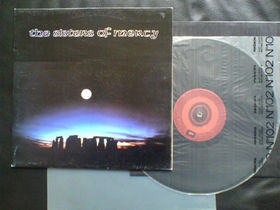 while others allegedly even come with side track lists. We have not seen any labels with side track lists so far,
neither printed nor in handwriting, what we have seen, though, is a black vinyl copy of this bootleg sold with a Dark Paradise vinyl,
which features the very same content as Stonehenge, see the picture here on the right side.

Sisters of Mercy - written above the track list omitting the article, although on the front the band is named properly.
Copyright Duck Productions 1985
Coverart Robert
Printed by Atlan Productions
Made in Austria 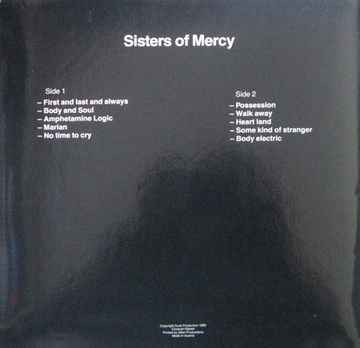