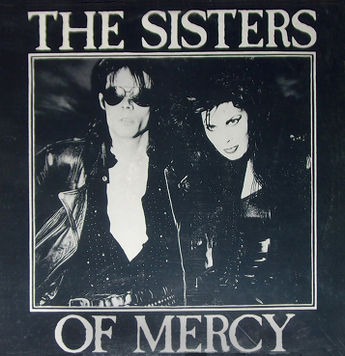 as the cover photo of this bootleg was obviously copied from the cover of the single.

released in 1967 on the Songs of Leonard Cohen album, which also includes "Sisters of Mercy"
- the song that inspired the band's name of The Sisters of Mercy. 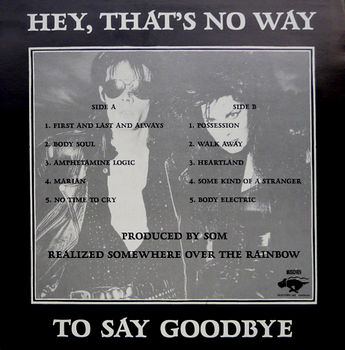 Hey, That's No Way To Say Goodbye - Cover (back)

although, the latter would be released only two years later and Patricia Morrison was not yet
a member of the band at the time of the gig featured on this bootleg.

PRODUCED BY SOM
REALIZED SOMEWHERE OVER THE RAINBOW

A Rock And A Hard Place, Train, Floorshow, Emma, Alice and Gimme Shelter are missing.