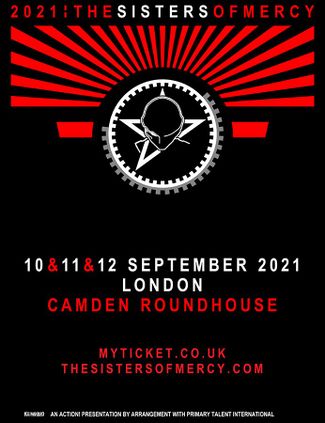 Announcement for the three Anniversary Concerts

After a perfect entrance on the day before, there came the second night


of The Sisters of Mercy's 40th Stage Anniversary Celebrations,


starting with apparently a well-known setlist, at first sight ...

Support act on this night: A.A.WILLIAMS

First reviews, links to some lovely photos and more


can be found in this thread @HL.


The action begins with the five-minutes alert. 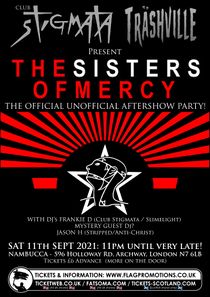 An inofficial aftershow was announced days before the gig,


see the poster on the right side.

Anniversary celebrations continued the next day with the third


and final concert of this tour for this year on Sunday.

This concert was recorded and is in circulation among the fanbase,

- with many thanks to czuczu -

Our thanks go to all the dedicated contributors of the videos here.


Check their channels and you might find more great treasures.