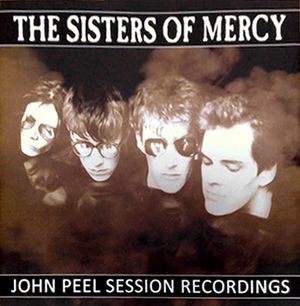 
with The Sisters of Mercy that took place and were recorded in the 1980s.

An endless range of bootlegs with these tracks have been produced over the years.


For the most recent one, which was formerly featured on this page and comes as a box set, 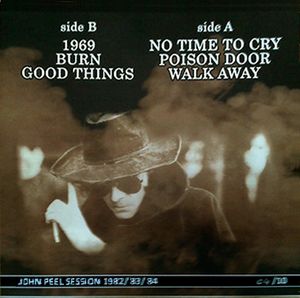 on the front of the cover as the Australian A Fire In The Hull bootleg, although,
the latter was released later and features the Hull concert of 1st July 1983.

In addtion, for the second edition (the so-called die-hard edition),
the material chosen for the cover varies, see more details below.

It also features Burn, which is not on the second edition and was not recorded
during a Radio One Session with John Peel,
but in 1983, rather, during the Kid Jensen Show.

the back cover also shows a photo of band from the early days. But not the same as on the cover front.

and is limited to 33 numbered copies (each, we guess)