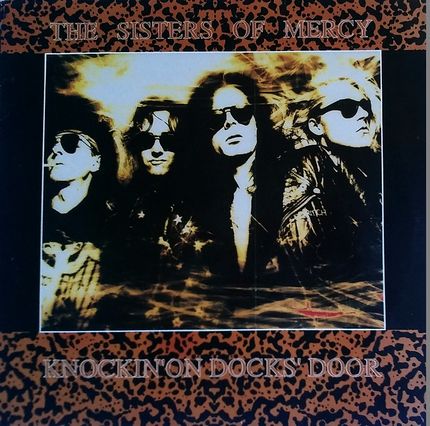 A 2LP vinyl bootleg that features one of the energetic concerts during Tour Thing 1 in 1990,
promoting the then newly released Vision Thing album .


Back in those days, The Sisters Of Mercy performed three concerts in a row at DOCKS in
Hamburg, (Eldritch's temporary home at the time) on November 16th, 17th and 18th, 1990.

The present 2 LP release gives a full recording of the second gig.


Also, and more importantly, two songs from this concert - Ribbons and Something Fast -
were later used for side B of the official 12" When You Don't See Me single .

Knockin' On Docks' Door - Tour crew credits on the back

the cover states 1990
as the year of release

Copies with plain black and red labels do exist as well.

also released in 1991. It was possibly taken from the center page of the Vision Thing Tour Programme,
and for this reason, a fine hairline is visible just where the booklet is folded.

there are further interesting details listed on the cover back:

- a full list of the tour crew (see the image on the right), also taken from the Vision Thing Tour Programme.

- a "Reptile House Approved" logo in shoddy resolution, (see the image in the middle below).

Although, it is not mentioned in the track list, the album does start with the final notes of this song. 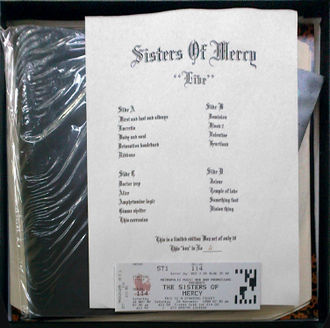 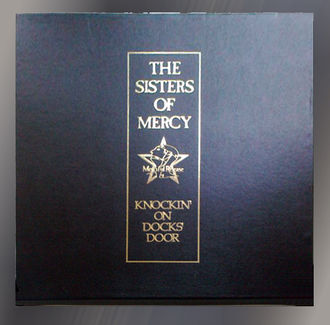 A Greek box set does exist as well.

edition, in this case of 10 hand-numbered copies.

the bootleg title and a Merciful Release Logo
as a golden deco print on the front. All this has
definitely nothing to do with The Sisters of Mercy
but is used to fake up an official appearance.

The contents of this box set are:

The box is being sold on eBay by a Greek seller, for the first time in 2012 - 22 years after the initial release of this bootleg!!! ... and regular copies surface ever since...