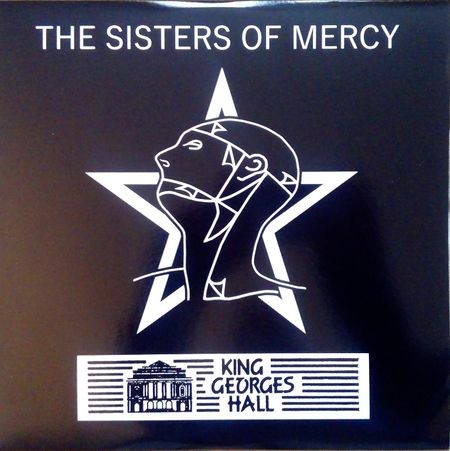 This is a 2LP bootleg of the legendary gig in Blackburn during the Tune In - Turn On - Burn Out tour. Legendary because there were "Some Kind Of Stranger" and "Stairway To Heaven" on the setlist - songs that hardly ever got played live; especially the latter one as it is no regular Sisters song. Here, however, they formed part of an extraordinary final medely. Read more about this under Heaven Can Wait or the Blackburn concert entry.


Other than the classic vinyl bootleg Heaven Can Wait produced earlier by the well-known Trade Mark Of Quality label, the present recording contains the whole gig. 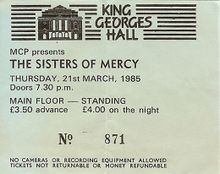 as it appears on the entrance tickets for the concert. The back cover gives the concert date and the track list and has the same
King George's Hall logo and an outline version of the Merciful Release logo in the background as well as the label notes:
"MADE FOR FANS NOT FOR MONEY", "p&c 2017" and the numbering "Limited ... /50".

Other than on the cover, Amphetamine Logic is reduced to just "Logic" and Sister Ray is spelt wrongly "Sisters Ray". 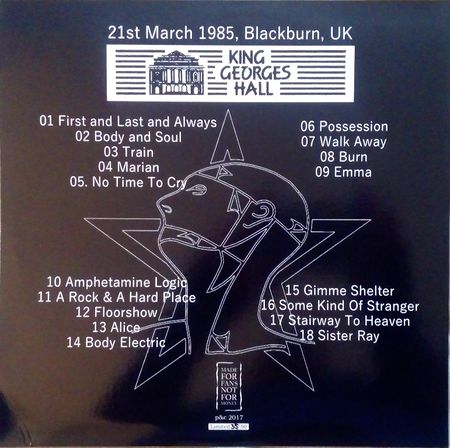