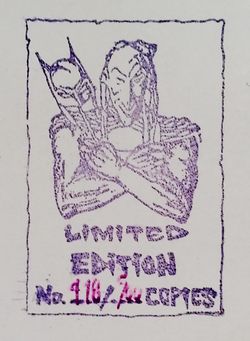 Hand-numbered stamp on the cover back 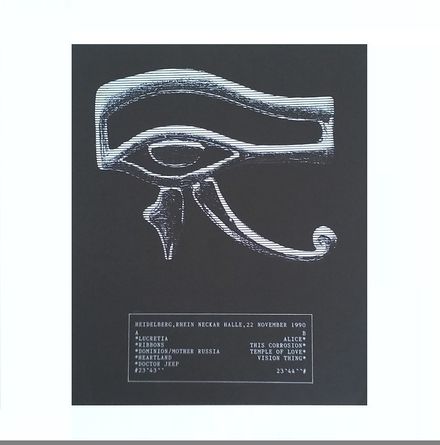 One of only four Live Bootlegs on vinyl


featuring a concert from The Sisters of Mercy's

and most likely based on an audience recording.
The missing songs include the intro Afterhours,

First And Last And Always, Body And Soul, Detonation Boulevard,

and maybe Marian, though, the latter was not confirmed on the setlist. 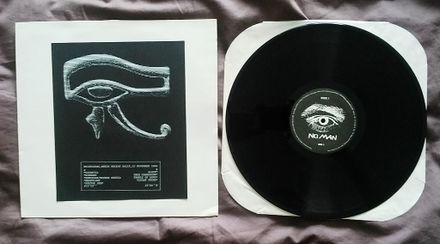 The Ohm, Visions Of Death and Disc 1 of the 2CD bootleg Black Album 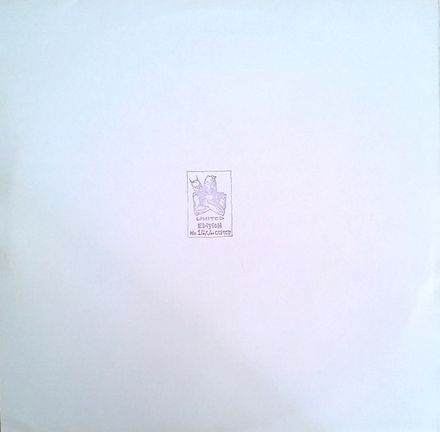 The basic sleeve has so far been seen in three colours: white, brown and dark brown.

and was possibly copied directly from there.

This bootleg was released in at least two edtions.

Underneath this picture the number of the record is filled in in handwriting in a blank space like:
"LIMITED EDITION No. ## / 500 COPIES"

It seems to be more than just an extraordinary coincidence that the same stamp was used to number part of the second edition of the bootleg The Grief before.

it has no stamp or numbering on the cover back. 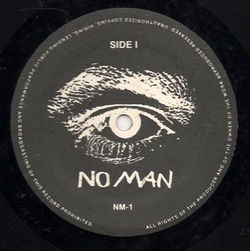 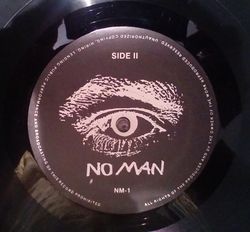