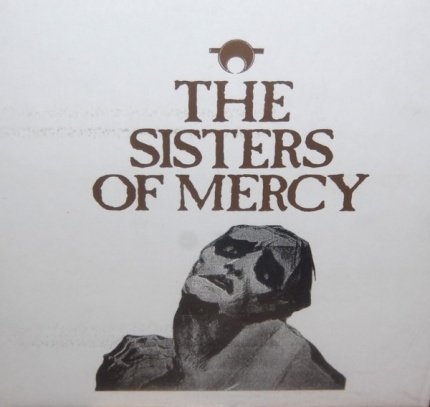 
was the first full gig by The Sisters of Mercy that made its way onto a bootleg.

*** this as much as the catalogue# can of course not be true,
since those refer to the Body And Soul (single). 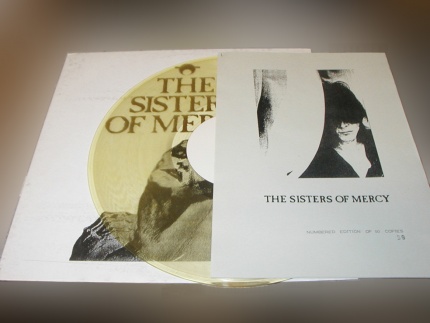 The Grief - Clear golden vinyl with cover and hand-numbered booklet

This stamp contains a small image of a grinning Joker holding a Batman mask
and was later used to number the first edition of the bootleg Heidelberg, Rhein Neckar Halle, 22 November 1990

*** NOTE:
It is not verified whether any, and if so which, members of The Sisters of Mercy actually participated


in the alleged Utrecht 1984 soundcheck.


Possibly, the bootlegger only added these tracks in order to serve potential buyer's curiosity.


The facts supporting the latter theory are that there is no singing, while one can hear a real drummer play. 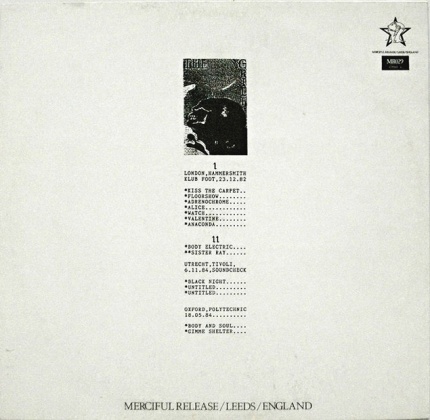 The Grief - Cover (back)