A 12" vinyl bootleg that contains nine selected songs from the BBC Radio One sessions plus Gimme Shelter recorded at the Paradiso, Amsterdam on 28 August 1983. 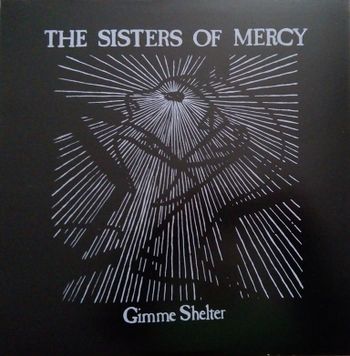 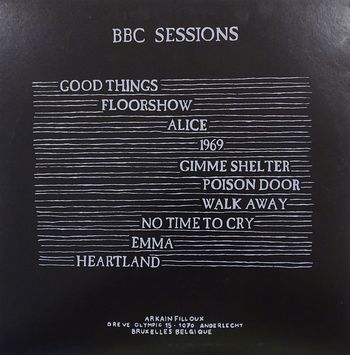 does exist as well. 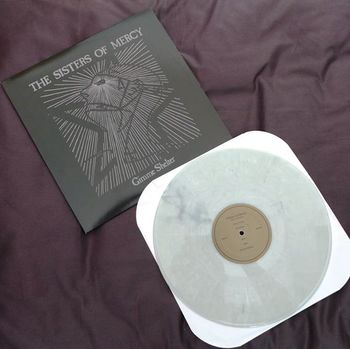 The picture reminds of the cover art of the Temple Of Love single combined with The Sisters of Mercy's
old head-and-star logo, which overlaps the lines as a negative layer. The vanishing point of the lines is
positioned in the eye of the logo.

into the same sort of lines as the cover front, though here the lines are drawn in parallel.

As a headline: BBC SESSIONS
and on the bottom:
ARKAIN FILLOUX
DREVE OLYMPIC 15 · 1070 ANDERLECHT
BRUXELLES BELGIQUE

the album title and the track list as well as record side marks and running speed (33 ⅓ rpm).
Remarkably, all this info is not surrounded by the usual publishing infor and copyright wanrnings
but merely by a black printed circular line

Compare some representative sound files of this album with those from other bootlegs here on this site. 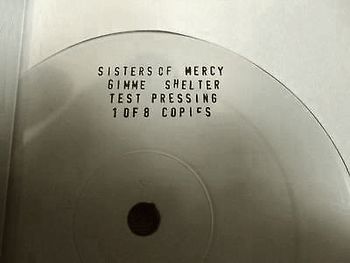 with a regular white inner sleeve or they come in a generic black die-cut cover. 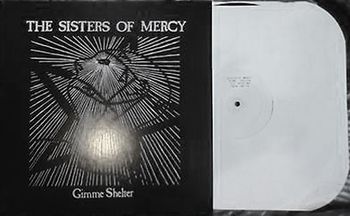