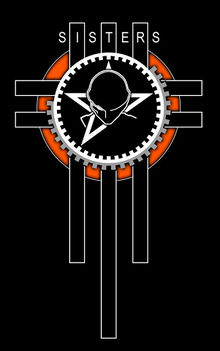 In December 2018, after almost a year of silence, The Sisters of Mercy gradually announced
various summer festival performances all over Europe in 2019. Finally, seven concerts were
envisaged in total. To everyone's surprise the first concert was scheduled for France followed
by Spain, Germany, Austria, Switzerland and Portugal.

Almost at the same time announcements trickled in of a worldwide club tour in autum 2019.
However, as the festival events drew near it showed that Chris Catalyst would not be available
for touring with The Sisters of Mercy that year and speculations started about who would be
there to possibly replace him. 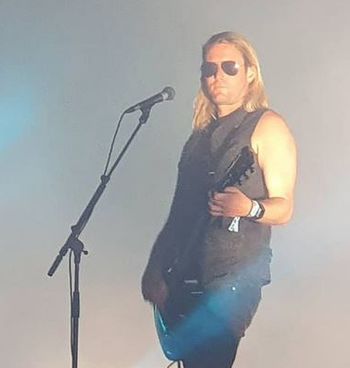 Dylan Smith - the initial photo from the Live News Page

Finally, the guitarist of choice turned out to be Dylan Smith,
an Australian instrumentalist and composer and a friend of
Ben Christo's. A confirming picture of him was soon installed
on The Sisters' Live News Page.


The first performance of Dylan Smith with The Sisters of Mercy
took place on June 22nd, 2019 at HELLFEST 2019 in France.

Finally six gigs, five countries ... apparently only few audience recordings were made, but there are videos from the gigs in the pages for each date as they were available.


Further information on the individual gigs, including reviews, photos and recordings can be found under the according links
and/or in the Sisters 2019 Section @The Heartland Forums.

A view of The Sisters' merchandise stand in Hamburg (as well as reports from the fanbase) showed that there was no wide range of or any new mechandise for this tour.
With one exception - for the concerts in Hamburg, Bildein, Venoge and Vilar De Mouros head-and-star-logo t-shirts with the individual concert date on the back were printed.
Whether this was the case for the other 2019 festival gigs in at Hellfest and W:O:A as well is not known. Many thanks for the first series of the below photos to poison-door-
net and Eggi. The second series of pictures is taken from The Sisters of Mercy's Offical Online Merchandise Store, where these and other items are available.

The setlist of this tour consisted mainly of the 15 songs performed at Hellfest 2019 in France. The following gig in the forerun of Wacken Open Air 2019, Germany saw Lucretia replaced by Marian. But both tracks remained part of all further festival gigs that year. As The Sisters of Mercy headlined Day One of the Bildein PictureOn Festival in Austria allowing for a longer stage time, Summer, Flood II and Something Fast were added to the set. The following Hammaburg Fest in Hamburg, Germany saw the initial set plus Marian complemented by Flood II for which Arms was taken off. The final two gigs at Venoge Festival, Switzerland and in Vilar de Mouros, Portugal came without both Flood II and Arms.