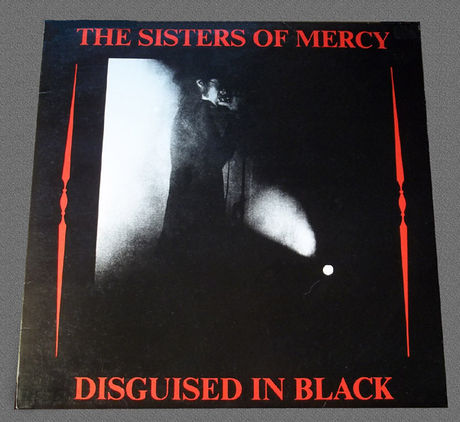 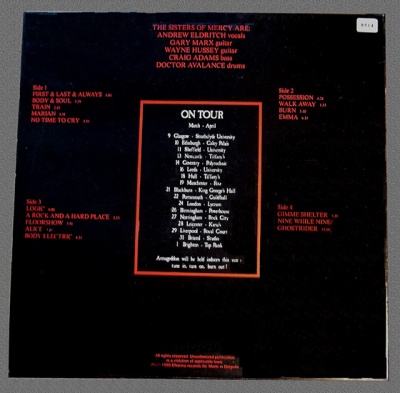 Disguised In Black - LP Cover (back), 2nd Edition
* The details of the Newcastle gig only have a red dot between
"Newcastle" and "Tiffany's", which is also hard to detect in this picture... 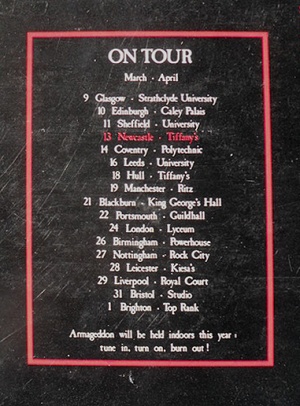 Tour Dates on back cover of 1st edition
* NOTE: all details about the Newcastle gig are in red print

A vinyl bootleg of The Sisters of Mercy's performance on 13th March 1985 at Tiffany's, Newcastle, UK.

The present 2 LPs give a complete recording of the entire gig with excellent sound quality.


This bootleg was released as a first edition shortly after the actual gig in 1985, and then again in 1991.


Most likely, this vinyl pressing is based on a cassette bootleg from the gig,

In 1990, a different label also issued a bootleg CD with almost identical content and most similar artwork.


All Information on that one can be found under Disguised In Black (CD).

Armageddon will be held indoors this year: tune in, turn on, burn out ! 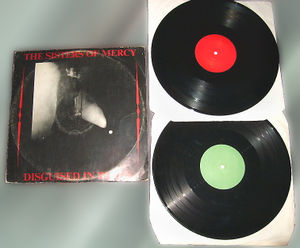 and white labels with information on the band and the tracks of each side on Side B.

The labels of that one have the Merciful Release logo on Side A and the track and band info on Side B.

and track and band info on Side B.

NOTE:
The same concert can also be found on