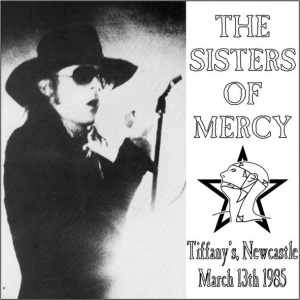 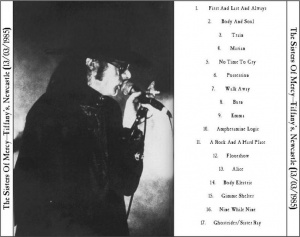 On March 13th, 1985, The Sisters of Mercy performed a fabulous show at Tiffany's, Newcastle, UK.

The gig was recorded and circulated along various bootlegs of high sound quality over the time, such as

In addition, the recordings from this gig are in circulation among the fanbase.

Sellers on auction markets such as Ebay are, however, producing CD-r bootlegs to yield a profit from these recordings.


Here are a few examples of these funny "fake" bootlegs.


We have no information, whatsoever, on the sound quality of these articles ...


The track list seems to be the same as the original one.