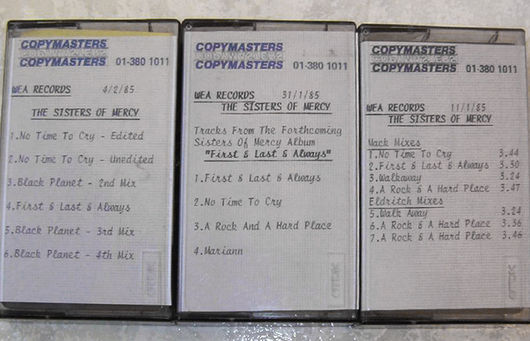 
then record company WEA with track mixes for the


First And Last And Always album release have surfaced with time.


exist as well. Even this bootleg has meanwhile been faked and sold


by Greek sellers on online-platforms in the past few years,


The original tapes were prepared during three sessions on the following days: 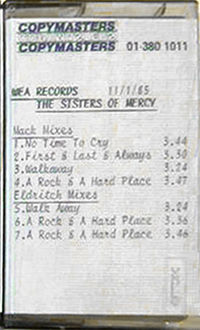 
Four tracks from this recording session are featured on


the Palazzograssi bootleg The Last Magician Of Rational Thought. 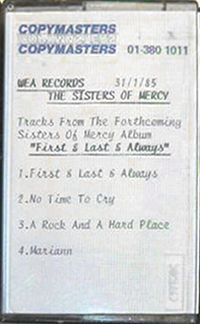 ** Marian is wrongly spelled "Mariann" in the track list. 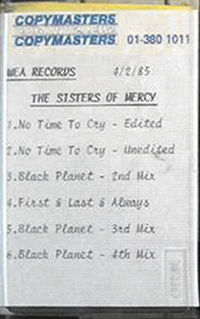 
The Sisters Of Mercy