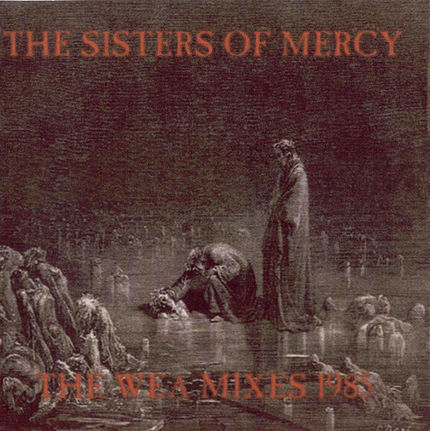 the cover art of The Sisters of Mercy's Body And Soul single.

The Sisters of Mercy are:


Of the first tape, the first four tracks are previously released on the "Last Magician" label & are also known


as the 'Mack' mixes. All tracks differ to a certain degree with the subsequent releases. 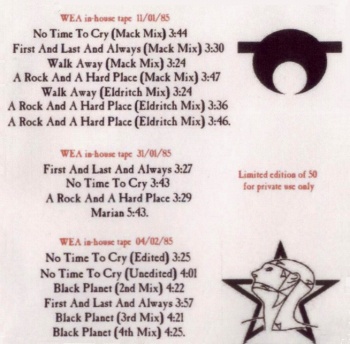 Recently a Greek bootleg-CD based on the above bootleg has surfaced.


We do know nothing about the quality of that recording or about the CD used therefor.


However, here's a picture of it: