A studio bootleg with rare and early demos and mixes from unto to 1986.


This bootleg exists in basically two editions from two different labels, both of which were apparently released at the same time.

All vinyls of both editions have the runous scratched out. 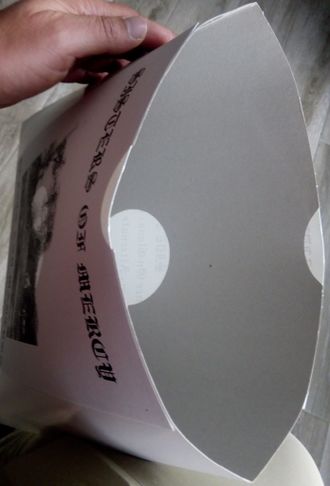 The Brotherhood Editon
Some acetate of this edtion is known to exist, without any further information available, though.


Beyond that, there are three different issues. The sleeve notes of these three issues are identical:

Take My Hand And Lead Me To The Garden Of Delight

sheets glued to it on both sides. The cover front shows a b/w print of a churchyard, while the cover
back lists the details of the release. The vinyls are black with light pink labels.

glued to the white sleeve are dark pink instead of white. The vinyls are black with light pink labels.

This issue is the rarest of this edition. No picture of the blue vinyl could so far be traced.
Possibly, those vinyls were initially delivered with the Ghostrider edition. 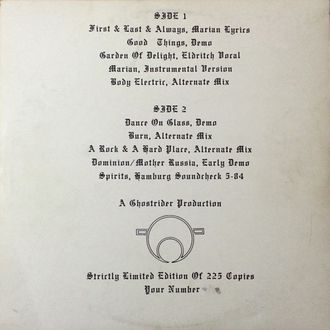 bootleg written across it in the place where usually "Merciful Release" would appear.

giving details about the tracks, the sources and the release, as well as a Walk Away /Black October logo
and the numbering Your number ---" printed in black.

The vinyls are grey and slightly marbled and come with plain light pink labels.

For recent price developments see sistersbootlegs/saintsmartyrs or popsike/saints and martyrs, 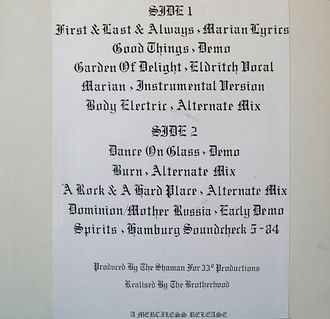