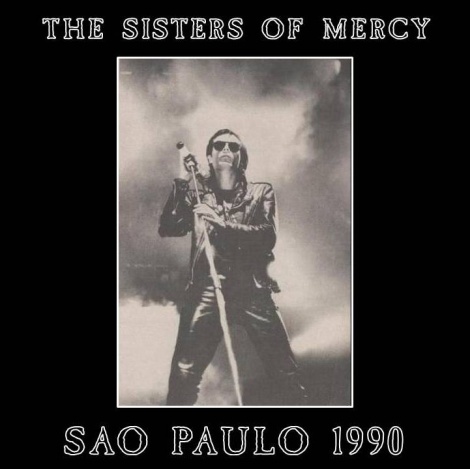 An audience recording from The Sisters of Mercy's first tourdates in Brazil 1990.

Remarks
The tracks for this bootleg were apparently compiled from the above mentioned gigs;
so the tracklist here is not identical with any of the two setlists from the actual concerts.


It looks likely that the last four songs are the encores of October 27th,
while the main part of the concert was recorded the day before.


Anyway, none of the concerts is featured completely.
Something Fast and Emma were played as encores on 26th October 1990 and are missing.
On October 27th, Temple Of Love appeared in the set at the end of the main gig.


NOTE: This recording is by no means meant for sale!!! 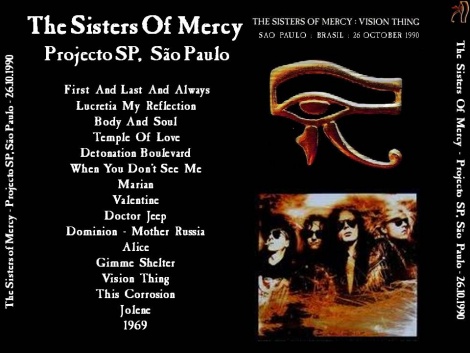