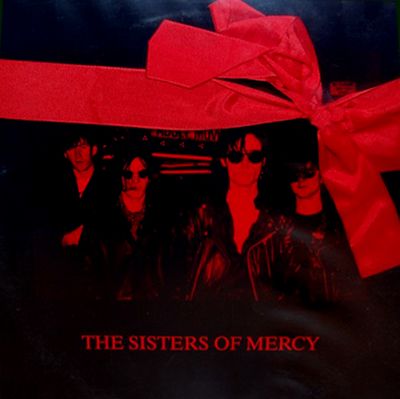 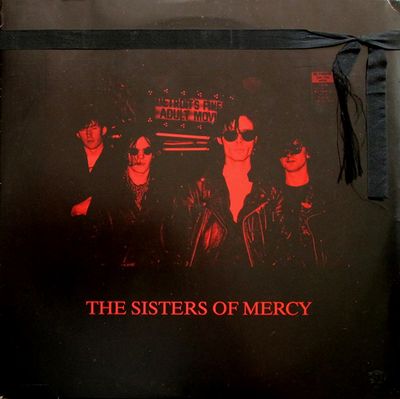 This 2LP bootleg is generally referred to as Halloween's Day or simply as Halloween,
after the notation on the rear of the sleeve and due to the fact that the recording featured
here is from the Lyceum show on 31st October 1984 (Halloween's night). 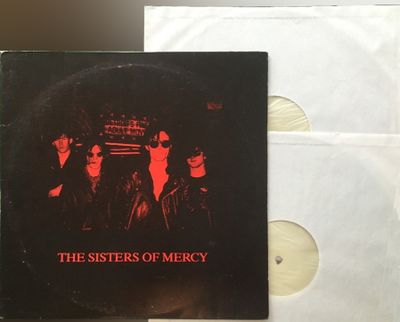 Halloween's Day - Overview with the vinyls, but no ribbon

The cover states that only 500 individually hand-numbered bootlegs were produced,
while the first 50 copies of which would be pressed on multi-coloured vinyls.


Rumour has it, however, that the bootleg makers got caught and most of the bootlegs
were confiscated and burned up. Only 50 copies(!) survived this tragic ending,
and that's what's left of it.


Possibly, the remaining copies were sent out with a black funeral ribbon instead of the
original red one, due to these occurrences. Be that as it may, the copies with red ribbons
are clearly more rare than those with a black one.


Very few further copies come with no ribbon at all - and also even without the regular sleeve!
These are stored in a white standard cover with a b/w xerox of the original back cover notes
on the backsleeve. Against all odds, those copies are still hand-numbered.


Of the multicoloured vinyls none have ever surfaced on the market.

Marian is listed as "Marianne",
A Rock And A Hard Place appears as "Walk In A Hard Place",
Knockin' On Heaven's Door is changed to "Knocking On Helen's Door" and
Adrenochrome is misspelt as "Adrenachrome". 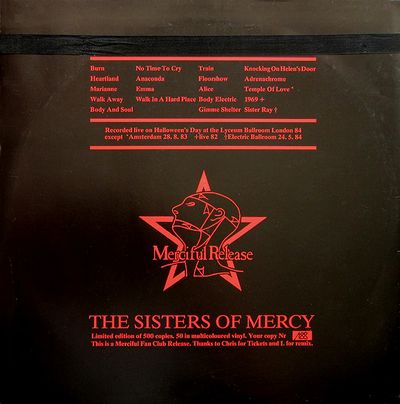 though wrongly remarked as "live 82" on the cover back, and