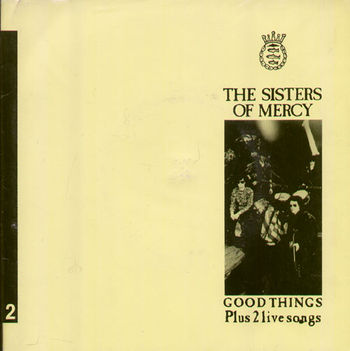 This is the second release of a bootleg series consisting of two singles
issued by the Portuguese bootleg label Pan-Vox Records.


As even the logo looks identical, this bootleg label can easily be confused with the legendary Greek label
of the same name. One major difference is in the catalogue#s. Those of the bootleg label always start
with "PV", while those of the Greek released often begin with "PAN".


The Portuguese Pan-Vox series features demos, livecuts and official songs of the 1980s.


Their first Sisters release was the 7" single DAMAGE DONE Plus 3 live tracks.

although the artwork looks so similar to the 1983 single that 1983 seems more likely. 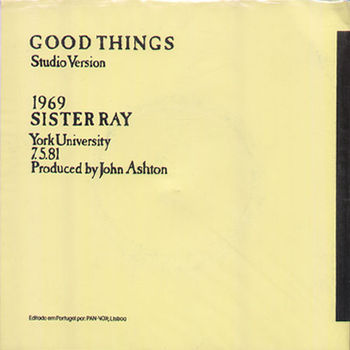 The white backgrounds seems tend to turn beige with time. Or the beige is indeed a different issue.

especially not if they are coming in a yellow cover.

and giving details on the tracks and the release printed in a light green-blue colour.

(see the pictures down below)

It is very hard to believe that John Ashton would be the producer of this entire single.
The reason why PAN-VOX credited him as the producer is most likely due to the fact
that he recorded various demo versions of early songs with the band,
and Good Things was one of them.