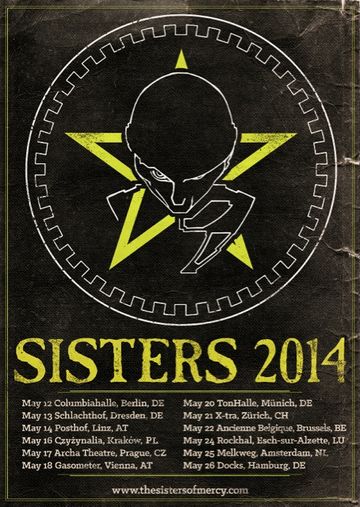 Official tour poster for the first part of the tour


and part two in July, arriving at a total of 17 gigs in Western and Eastern Europe.

Support act for most of this part of the tour were the band Losers. 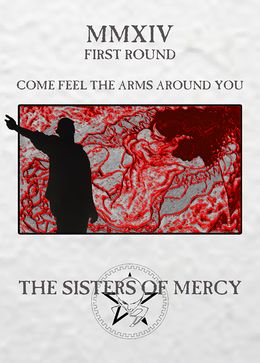 Apart from Ever Forward, a tour name which developed out of discussions among the fanbase, Come Feel The Arms Around You, a line from the song Arms, was the motto of this tour. The latter is also mentioned on the official tour t-shirts, see "Merchandise", and was used as the subtitle for the video compilation MMXIV - First Round (DVD), which features a series of audience video recordings from the concerts in May 2014. A similar DVD from the second part of the tour in July is not known to exist.

Many of the above gigs were recorded. These are marked with ***. Clicking on these asterisks will get you to the according infopage and coverart for the audio recording.

All of these recordings are in circulation among the fanbase, except the bootleg LP of course. A few more recordings might exist, but these are beyond our knowing.


For further information about the individual gigs please see the according links, where video recordings of individual songs are often available,


and/or check the Sisters 2014 - Ever Forward Section @Heartland Forums. In addition, there are plenty concert videos on YouTube.

Apart from the items clearly discernible in the pictures below, a few other articles were on sale during this tour.


Discussions on these can be found in the thread 2014 Merchandise (Shocked and Stunned) @The Heartland Forums' Archives.