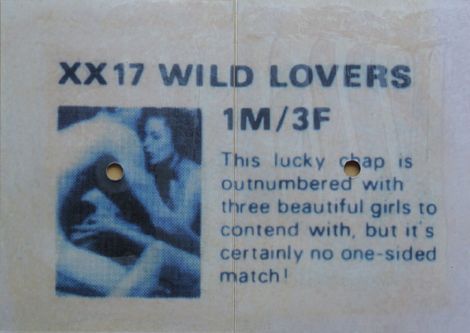 
Another such split motive art postcard flexi with Valentine does exist,
see Valentine (Polish Art Postcard Flexi), and, of course, there is also
a BudKon standard flexi disc with this song.

though, the original postcard set might have been produced on the occasion
of an Irish-Polish cultural exchange initiated by Paul O'Neill and Magdalena Kardasz (more information on this see below) 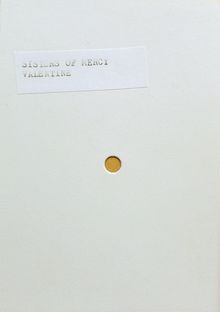 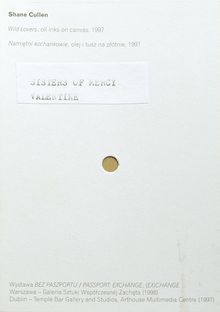 the recording on them is in mono and runs at 33 ⅓ rpm.

The back of the flexi is plain white apart from the above mentioned sticker with the band name and song title. 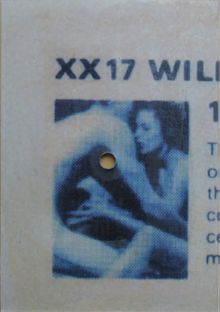 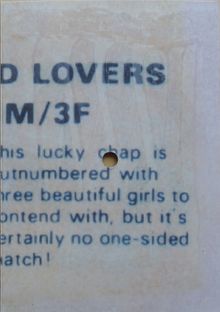 gives the name of the artist, the title of the picture and some information about the occasions on which
the picture was exhibited in English and Polish language as follows:

and the following year (1998) from 18th June to 16th July 1998 in Warsaw, Poland
at Zachęta – National Gallery of Contemporary Art
under the title BEZ PASZPORTU (engl.: no passport).