This 7" bootleg single contains the same songs as the first original single The Damage Done by The Sisters of Mercy skipping the outro Home Of The Hit-Men on Side Two. 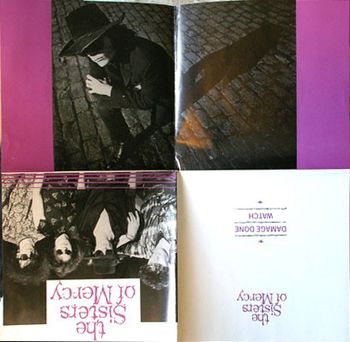 It is not known which one of them - if any - was released first.