Some Kind Of Stranger 1 (flexi) 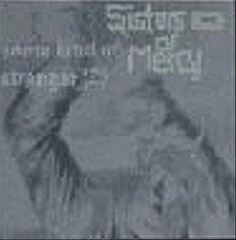 This flexi contains the song Some Kind Of Stranger.


As another flexi titled Some Kind Of Stranger 2 does exist, the present one will most likely have only the first part of the song on it. It seems, however, very rare as no larger or better picture of the cover, and no picture of the flexi itself has been seen so far. Looking closely at the very blurred picture of the cover, the number after the title almost looks like a 2, and not like a 1. Funny enough, as even a double-sided flexi recently surfaced featuring the second part of the song on Side A and Poison Door on the b-side, see Some Kind Of Stranger 2 - Poison Door.


We can only speculate that, like most others, this flexi is one-sided, recorded in mono and running at 45rpm, while the cover consists of a b/w computer print on plain paper not enfolding the flexi in full to give a view of the vinyl colour.