Some Kind Of Stranger (bootleg) 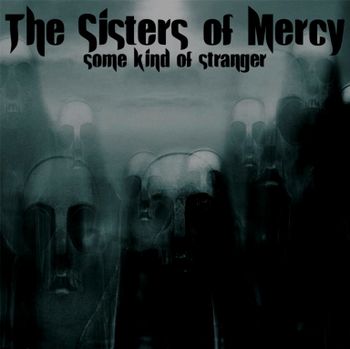 This is a self-compiled fan-produce.

Insofar, this is shamefully a compilation of copies rather than a bootleg,
while it gives a good overview of The Sisters of Mercy's work over time.

Notes from the Publisher's Blog

The Sisters of Mercy are an English gothic rock band that formed in 1980. After achieving early underground fame in UK, the band had their commercial
breakthrough in mid-1980s and sustained it until the early 1990s, when they stopped releasing new recorded output as a strike against their record company.
Currently, the band is kept alive as a touring outfit only. The band's symbol was inspired by a common illustration in Anatomy textbooks, namely that illustrating
the anterior and posterior triangles of the neck. Specifically, it was noticed by Andrew Eldritch in the early medical student's bible Gray's Anatomy.
The group has released three original studio albums, of which the last was released in 1990. Each album was recorded by a different line-up; singer and songwriter
Andrew Eldritch and the drum machines called Doktor Avalanche are the only points of continuity among the line-ups. Eldritch and Avalanche were also involved in
The Sisterhood, a side-project connected with Eldritch's dispute with former members.
The group ceased recording activity in 1994, when they went on strike against their record company Time Warner, which they accused of withholding royalties and
being incompetent. Although Time Warner eventually let the band go in 1997, they have not signed to another label, and have chosen not to go the independent
label route, despite showcasing numerous new songs in their live sets.
Since 1985, when the other original members left, The Sisters of Mercy has become the artistic vehicle of Andrew Eldritch. Ex-members of the group established
the bands Ghost Dance and The Mission. 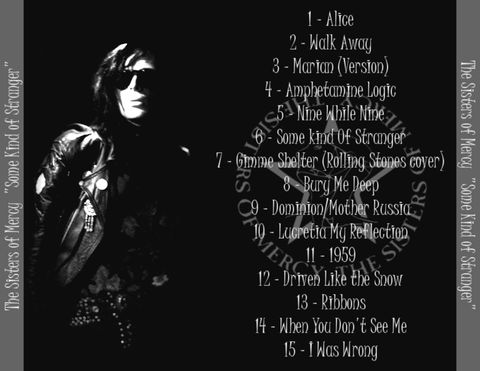 Some Kind Of Stranger - Bootleg CD Cover (back)

- Please click into the picture for a larger view -