Land Of The Kings 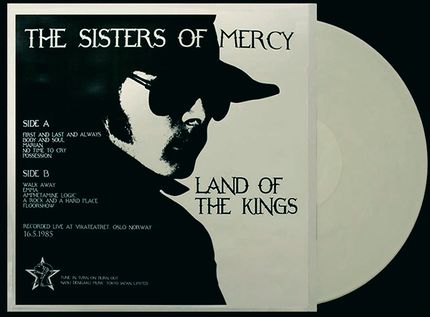 Land Of The Kings - First Edition with White Vinyl


In fact, the first edition appeared in 2014 in online auctions and was delivered from Australia.


Since then some "test pressings" limited to 10 copies have "surfaced"


and various further editions have been issued ...

remarkably, Land Of The Kings is the only release from this label

Various editons of this bootleg have been and are being produced.

These have never been seen sold in online auctions and but only from the Australian bootleggers directly.
So they've appeared in lists @discogs only. Some people do, however, have one ...

the place and date of the recording, the theme TUNE IN TURN ON BURN OUT
and the hand-numbered limited edition note ... /10

All of these issues have been sold first exclusively from Australia since 2014.

the place and date of the recording, the theme TUNE IN TURN ON BURN OUT and the label as NASU DENGAKU MUSIC TOKYO JAPAN LIMITED

First Issues
These appeared in the following order and colours: 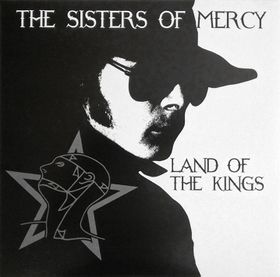 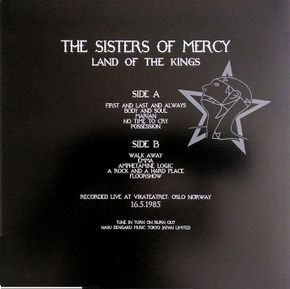 Land Of The Kings - Fully printed cover (back)

Second Issue
From 2015 on, these more or less provisional covers were replaced by fully printed glossy covers. 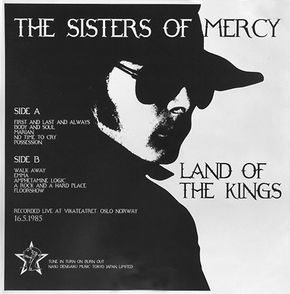 Land Of The Kings - Insert 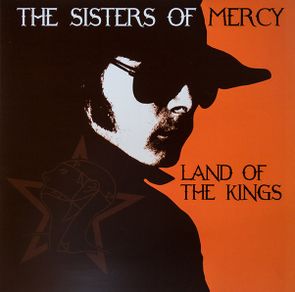 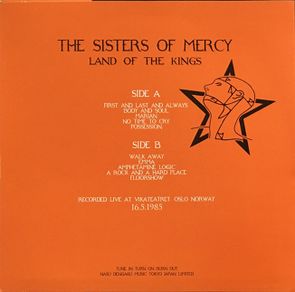 Land Of The Kings - 2nd Edition Cover (back)

It took some time - until the end of 2016 - for the first editions
of the "EXTREMELY RARE JAPANESE ONLY VINYL LPs"
to sell out. But they did. And a second edition was released.


These, too, were sold exclusively from Australia. At first...


Soon further issues from the US would appear, followed by
various series of "reissues" with a "Coloured Vinyl" sticker
distributed mainly from Australia, the US and Greece
later in the year.


In addition various Third Editions on multi-coloured splattered
vinyls were released as described further below. These again,
exclusively from Australia.


Second Edition - First Issues (2017)
There is no major difference between this edition and the first edition apart from the fact the the covers are glossy orange now.

The white vinyls were replaced by the yellow ones, the red vinyls are mostly opaque now
and the grey vinyls disappeared. Sets of all four colours were offered right from the start.

Second Edition - Reissues (2017)
As the new edition with the orange cover sold much faster than the white edition had done before, some "reissues" were produced.
The initial load of these again came from Australia and received - for the first time - an explicit catalogue# differing from the runouts.

Some American issues, at least, have a "Coloured Vinyl" Sticker on the b/w-insert as well.

Possibly, there is just no orange cover in the picture to attract buyers ...

Mid-2017, first issues of this third edition arrived. These are clear multi-coloured splattered vinyls defined as "colour test runs",
of which only very limited numbers of up to 10 copies exist.


They come in glossy printed covers of both versions - orange or white - with b/w insert. There seems to be no system behind, though,
which colour of cover is chosen for the vinyls. Two different issues with either plain white or plain black labels do, however, exist:

Beyond all the above listed issues, some individual copies have been seen, which shall be listed and displayed here.

Long before the very first copies on yellow vinyl coming with the second (orange cover) edition appeared, the individual copy on clear yellow vinyl shown below
on the left side was offered in 2014 in online auctions - at the same time with some grey vinyl copies in a white insert cover (first edition), both coming from the US.


Also not often seen are grey marbled vinyls with white printed covers, but even more rare and so far seen only once is the pressing on gold-coloured vinyl
as in the picture here on the right side. 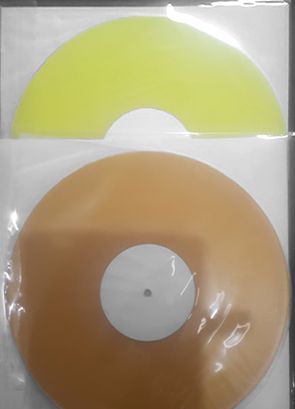 Land Of The Kings - Clear yellow vinyl and gold-coloured vinyl