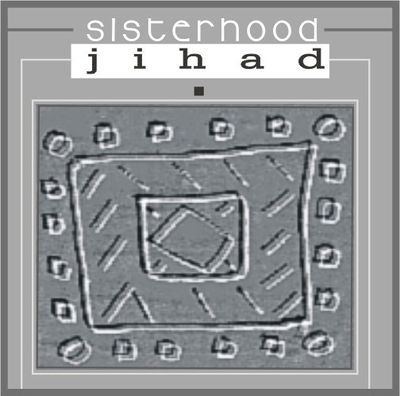 Jihad - Parts 1 And 2 Cover (front) - print -
There is no information that this is a double-sided flexi,
and no mention is made of which track might be on Side B.

A double-sided Russian Flexi with Part 1 and 2 of The Sisterhood song Jihad.


Flexis recorded on both sides are absolutely rare and surface only once in a blue moon in auctions.
There are, however, also three one-sided flexis with the parts of this song, see Jihad 1, Jihad 2 and Jihad 3.

just like on the Jihad 1 flexi. Side B has the same part of the track on it as can be found on the Jihad 2 flexi.

on the back, so that the vinyl's colour is visible from the outside. It is not known, however,
in which colours this flexi is available. The only known version is the clear one pictured here.

Most remarkably, even the catalogue# is identical with the one of Jihad 1. 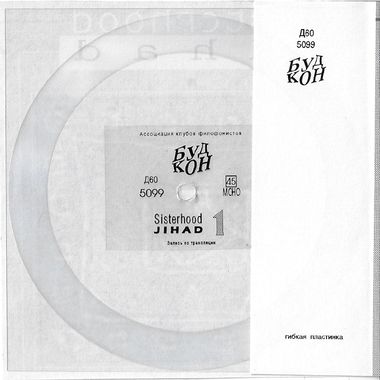 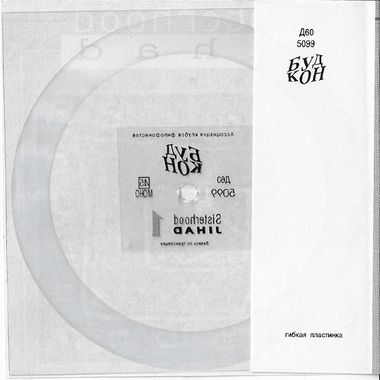 
In these pictures of the two sides of the vinyl, the different lenght of the two tracks does somewhat shine through. The groove on Side A looks a bit thicker and wider than the one on Side B, suggesting that the duration of "Jihad Part 2", which is recorded on Side B, is slightly shorter.