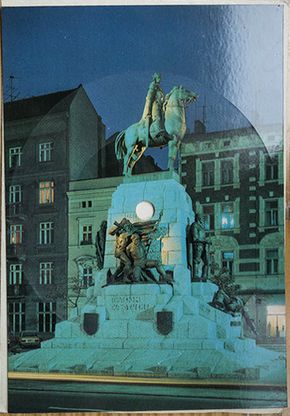 
The front side shows an equestrian statue in the Polish city of Krakow picturing the King of Poland Władysław II Jagiełło (c. 1352/1362 – 1 June 1434). The statue, which is also called the Grunwald Monument, was created by Polish-Lithuanian architect and sculptor Antoni Wiwulski in commemoration of the 500th Anniversary of the Battle of Grunwald. It was destroyed by the German occupation army during WWII and reconstructed by Marian Konieczny in 1976. 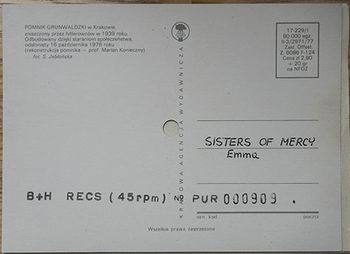 with information on the label, the track tempo and the catalogue# stamped below.