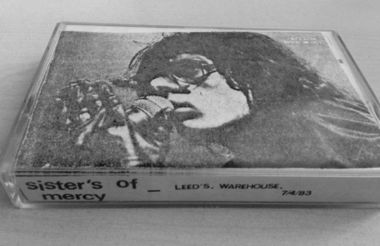 
during The Sisters UK Spring Tour that year.

There is no detailled information on the origin of this recording known to us,


among the fanbase and has been traded on tape for decades.


but then remarks that although they haven't been playing it as long,


Ghostrider still sounds better than Good Things, so they start playing that.