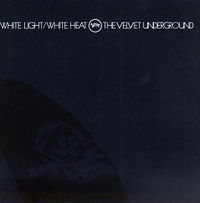 Sister Ray is originally be The Velvet Underground, appearing on their album White Light/White Heat.


The track was also covered by (among others) Joy Division on their album Still.

The Sisters of Mercy covered this song already during their first known gig at Alquin College, York on February 16th, 1981


and later often used it in medleys together with Ghostrider, Louie Louie, or both.

A bootleg titled Sister Ray with various live recordings from the 1980ies does exist as well,


but does not feature a Sisters cover version of this song.

Cecil's got his new piece
He cocks and shoots it between 3:00 and 4:00
He aims it at the sailor
Shoots him down dead on the floor

Now who is that knocking
Who's knocking at my chamber door
Now could it be the police?
They're gonna take you for a ride ride