Difference between revisions of "Lemmy Kilmister" 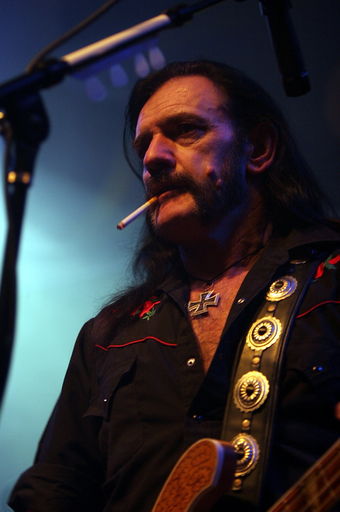 Ian Fraser "Lemmy" Kilmister (24.12.1945 - 28.12.2015) was the founder, bassist, singer, songwriter and frontman of the English rock band Motörhead, which he started in 1975 when he had to leave Hawkwind, the band he had played with before. The band name Motörhead derives from the last song Lemmy had written for Hawkwind, where he was mainly the bassist but took over vocals on their biggest UK chart success track Silver Machine as well. The songs has been covered many times by bands as varied as James Last, Alien Sex Fiend, the Sex Pistols, even William Shatner, and The Sisters of Mercy, as well as many more.


For further information about Lemmy's life, his musical career and other activities as well as on Motörhead, please see (for the moment) the link list down below ...


The Memorial Service and Celebration of Ian Fraser "Lemmy" Kilmister on 09.01.2016 was broadcast live worldwide along the YouTube channel of Motörhead and more than 250,000 people attended the service online. The celebration ended with a last chord from Lemmy's Rickenbacker bass over his speakers, then leaned against them reverberating the well-known feedback that Motörhead used to mark the end of their concerts.


Few days after Lemmy's passing, Motörhead fans have started an online petition to have a newly discovered heavy metal element in the periodic system named "Lemmium" after him.


Furthermore, another petition was started to rename a drink consisting of Jack Daniels and Coke into "Lemmy".

Lemmy and The Sisters of Mercy

Lemmy Kilmister played an important role during The Sisters of Mercy's famous concert at the Royal Albert Hall, the final gig of the First And Last And Always line-up.

Andrew had been performing with a couple of cracked ribs, and he had indeed decided to finish,
but Lemmy was in the dressing room to convince him that another encore was in order. After a short
discussion and a multilateral assessment of all the available pharmaceuticals, the band hit the stage again.

Some additional information on these events can be found in this thread @The Heartland Forums...


Over the decades, The Sisters of Mercy have covered various songs by Lemmy Kilmister and/or Motörhead during their concerts,
partly within medleys - like in 1997 - and partly as full tracks like Capricorn in 2001 and 2008.

Our thanks go to all the contributors of these wonderful pictures and videos.


Check their channels and the links below and you will find more great treasures... 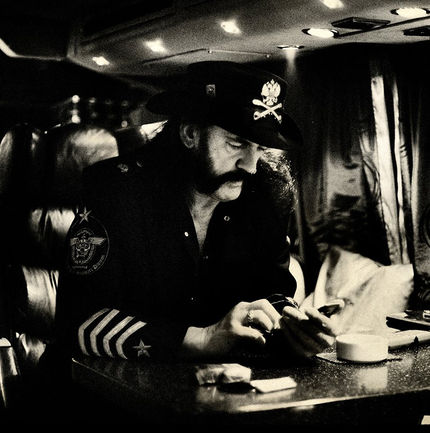 The Most Detailed Motorhead Discography