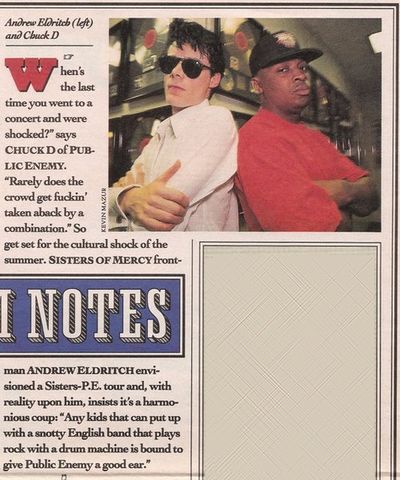 Press clipping from before the tour start

In Summer 1991, The Sisters of Mercy toured the US for the second time that year,


now together with Public Enemy, Gang of Four and Warrior Soul. 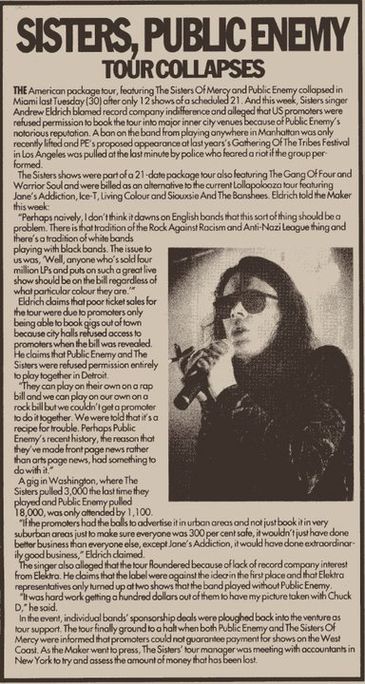 It started on 12 July 1991 at Popular Creek Music Theater, Chicago and was meant to run for a further 22 gigs all over the US with a final concert on 13 August 1991 at Arena in Seattle.

After 14 concerts and with the end of July 1991, the tour was cancelled by the organiser, as the American promoters claimed to allgedly fear racial riots due to the fact that The Sisters Of Mercy were to play the same locations with Public Enemy, although the two bands (plus Gang of Four and Warrior Soul) had already performed together for the most part of that tour and without any uproars occurring. Of course, all the bands involved were, err, not amused. 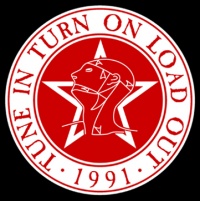 relocated to Mammoth Events Center, but cancelled yet again