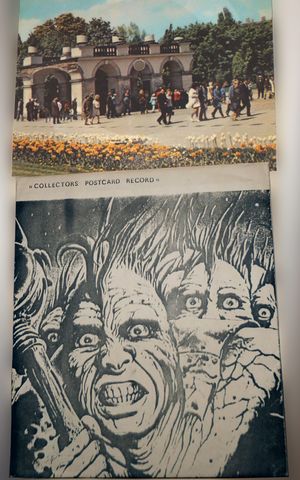 
with release information on the back and varying pictures on the front. 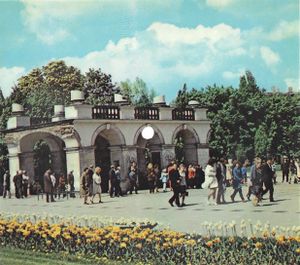 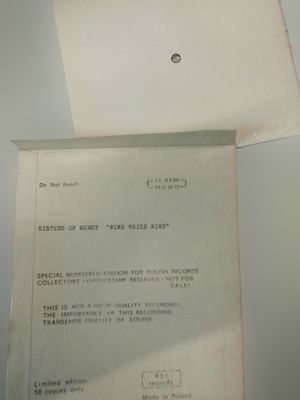 Nine While Nine - Polish K3 Postcard
- Flexi and Envelope (back) -

part of a series of playable postcards
recorded only on one side.

THIS IS NOT A HIGH QUALITY RECORDING.
THE IMPORTANCE OF THIS RECORDING
TRANSENDS FIDELITY OF SOUND.

Please, check the category "Polish K3 Records Flexis" in the navigation bar below for an overview of the items released by K3 that we known of so far.