This Russian Flexi contains The Sisters of Mercy's song Doctor Jeep.
It is not clear, however, whether the mix used for this flexi is the Vision Thing album version, the Radio Edit, or the Extended Version from the single or the CD-single. 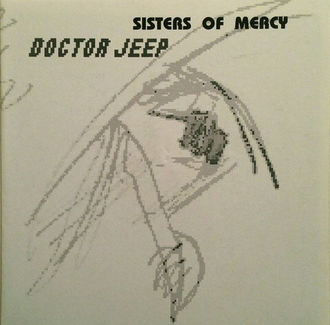 Most likely the first one, is the one pictured above.
Known flexi colours coming with this cover version are clear and blue.

does not enfold the flexi in full so as to allow a view of the flexi colour.
This cover version (see the pictures on the right and down below) is known
to come with flexis of clear, brown and blue vinyl colour.