These two BudKon-flexis are ascribed to The Sisters of Mercy, although The Sisters have never released or covered this song,


and are in no way related to it. These flexis are only mentioned here in order to avoid misunderstandings and clarify facts. 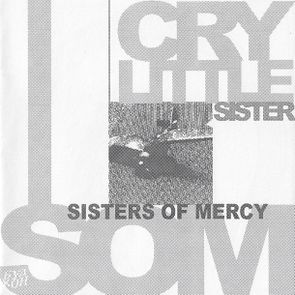 The so-called Gothic Rock anthem Cry Little Sister is known from the soundtrack to the 1987 vampire comedy The Lost Boys directed by Joel Schumacher, famous for directing St. Elmo's Fire (1985), rather, and was written by Gerard McMann and Mike Mainieri. The soundtrack also features a cover version of The Doors' song "People Are Strange" by Echo & The Bunnymen. 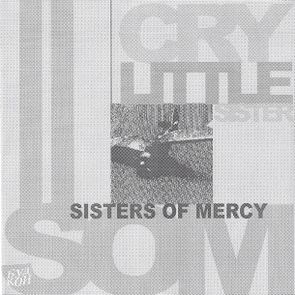 a view of the vinyl colour. It is not known, in which vinyl colours these flexis exist apart from the clear ones here,
but it might be taken for granted that the usual red, green, blue, yellow and brown versions are available as well.

but has well caused some irritation over the last few decades.