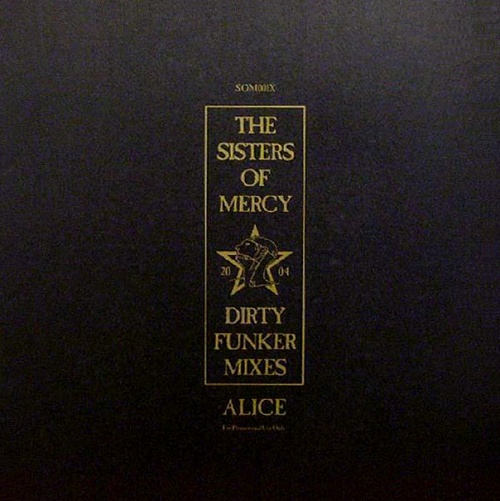 Although this bootleg was released in the 2000s, the old head-and-star logo


and the familiar Caslon Antique font were used. The cover, the typical black


inner sleeve, the labels, all of this looks very similar to an official/promotional


The Sisters Of Mercy release.

This, added by the initial (but wrong) impression that the bootleg was released


frenzy when it surfaced, especially, since the vinyls were soon sold officially

In addition, the mix featured here was said to be a VERY good one and that it


ought to be heard as it featured a dance-oriented side to an early Sisters recording. 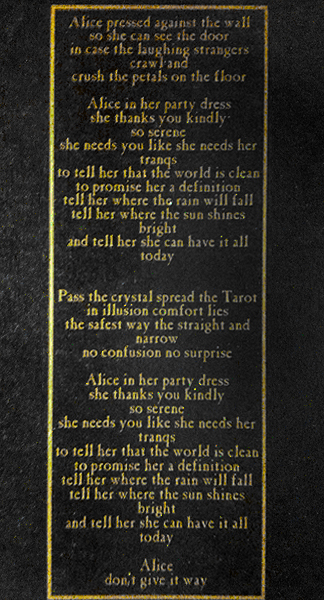 Alice Lyrics on back cover