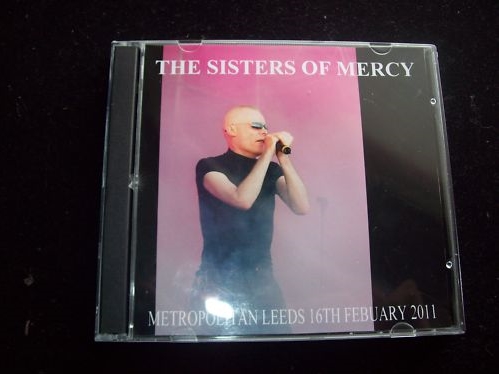 This 2CD-set did unfortunately appear in online auction markets like Ebay lately. It features


As no official live recording has been released on part of The Sisters of Mercy themselves,


this can only derive from an audience recording !!!.


The audience recordings circulated freely among the fanbase so far are:

We do not know, whether one of these has been abused for the above 2CD issue
or whether that seller recorded the show by himself, nor is there any information
about the actual sound quality or data format of these CD-rs.

Anyway, do not buy or sell such stuff !!!


Buy the official records and go to the shows !!!