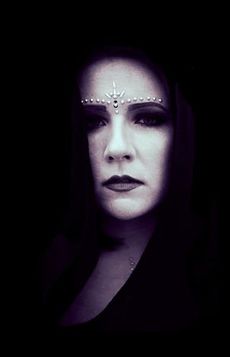 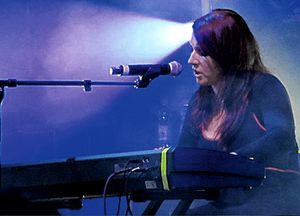 Lisa Cuthbert with This Corrosion at Amphi Festival 2012

Lisa Cuthbert is an Irish singer, instrumentalist and composer. Apart from her solo career, she was also a member of Antimatter.


In Summer 2012, armed with just her piano and her voice, she joined The Sisters of Mercy on stage during their concert at Amphi Festival 2012 in Cologne, Germany and performed her version of This Corrosion.


She also contributed additional vocals to Arms, Dominion/Mother Russia and Temple Of Love. Some audience videos from the 2012 events can be found down below, including a longer video from The Sisters' show with all three tracks.


In 2014, Lisa Cuthbert contributed additional vocals at Rock Zottegem Festival in Belgium for the final gig of the Sisters Ever Forward Tour, and returned for additional vocals again in September 2017 during the encores of The Sisters' concerts at Dresden's Old Slaughterhouse, at the LKA Longhorn in Stuttgart and for the final European concert of that tour at Paradiso, Amsterdam, NL.


While touring with her solo and band projects, Lisa Cuthbert previously supported bands like Marillion, Anneke Van Giersbergen (ex-The Gathering), Wovenhand, and Amber Asylum. She featured as a guest vocalist on "Confessional", "The Paris Heights" and "A Fractured Gesture" on Exit's 2013 album, The Blind Alley and also on the Helevorn album Compassion Forlorn, released in September 2014. 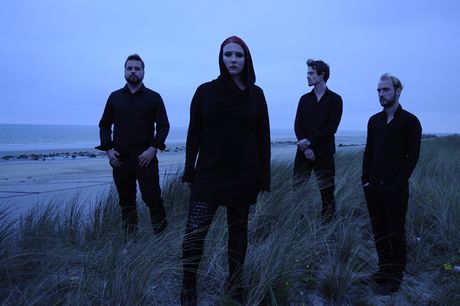 In August 2013, Lisa Cuthbert released her second studio album Paramour. Drums on track 1 of the album, titled Destitute, are contributed by a certain Dave Creffield. With the release of Paramour came a new live setup, so that Lisa Cuthbert then played with a full band on stage. For updates on scheduled concerts please check this link.


Meanwhile, she has also prepared the 3-track compilation III available for download under most of the following links. The live album Live In Ghent and a further studio album titled Hextapes followed recently and are available in various formats from her bandcamp site.

Lisa Cuthbert @The Sisters of Mercy

Lisa Cuthbert solo and with band