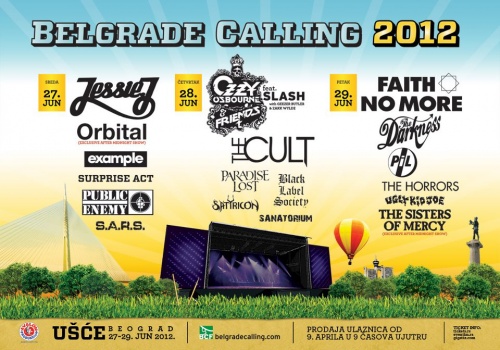 For this festival, The Sisters of Mercy were allocated an


scheduled for late at night 1:30 am as the final gig of the event.


An audience recording from this concert is in circulation among the fanbase.

The new Sisters 2012 Tour T-shirts were introduced at this event as well,


see the picture further down ...


For reviews and comments, please visit this thread on Heartland Forum...

Some Photos From The Gig