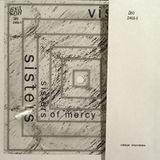 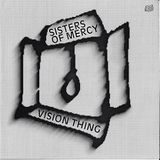 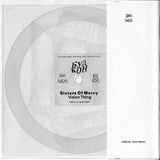 According to Discogs, BudKon or буд кон is a Russian record label, located either in Kaliningrad or St. Petersburg. Its releases are all unofficial, and available mostly through Polish record sellers.


The name буд кон (sometimes printed as one word: будкон) translates to BUDKON, but has no meaning either in Russian or Polish. буд кон has released hundreds of flexis by - among others - The Sisters of Mercy, since at least the 1990's, possibly in the 1980's when Russia was still part of the Soviet Union.


All буд кон releases are flexis, square-shaped 14cm x 14cm (5.5" x 5.5") recorded in mono only on one side, although few double-sided flexis do exist as well. Most of the flexis, but not all, run at 45 rpm. At times, they come with two different cover versions accompanied by a different selection of vinyl colours, but with the same catalogue#.


The flexis' colours of vinyl are by standard: transparent, red, green, yellow, blue, and brown. Some rare variations seem to exist, but could also be based only on how colours appear in photos or scans. Usually, at least three variations (one transparent and two, sometimes three coloured versions) exist.


The sleeves are black and white computer printouts, usually highly pixelated, and showing completely random images having nothing to do with the band or their music. On the back, the thin paper sleeves wrap around the flexi about only a third to let show the colour of the individual flexi disc. The whole thing is held in a thin plastic envelope.


Current reissues of these flexis are obvious, since they come in still b/w, but in no way pixelated, paper printout sleeves. It is not clear, though, whether these reissues are made by буд кон themselves or by any random seller taking advantage of the services of flexi production units worldwide.

The pictures here represent only a small selection of flexis released by BudKon that feature songs of The Sisters of Mercy. For a comprehensive overview please check our list of Russian Flexis, which also includes non-Budkon released Polish Postcard and Art Postcard flexis, and the individual pages for each release.