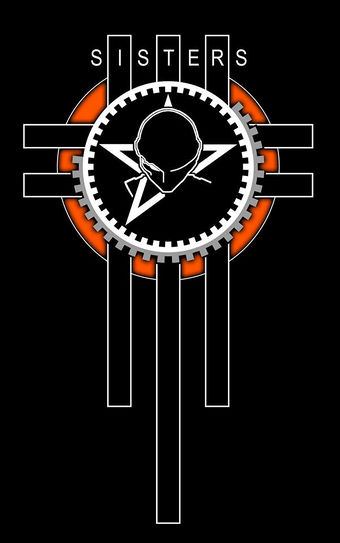 A short and brilliant tour, with Andrew Eldritch reaching a new high in his vocal and perfoming capacities.


During this tour, The Sisters of Mercy covered the Larry Wallis song Police Car,
and - for the first time ever - performed the Floodland track 1959 in full length live !


Support act were Black Moth, see down below.

The tour was preceeded by a summer festival appearance at:


and were rescheduled as follows:

As if this had not been bad enough, Andrew Eldritch fell back ill after the rescheduled gig in Athens, Greece and


the concerts in Germany were postponed again to March 2016 forming the starting gigs of the Europe Spring Tour 2016.

Support act for the whole of this tour were Black Moth.


Black Moth are a Leeds-based rock band founded in 2010.

Check here for their discography @discogs.


Funny enough, only German wikipedia has a page about them.


Well ok, there's a page on the English wikipedia now there, too.

Our thanks go to the all dedicated contributors of these wonderful videos here and all over the pages around this tour.