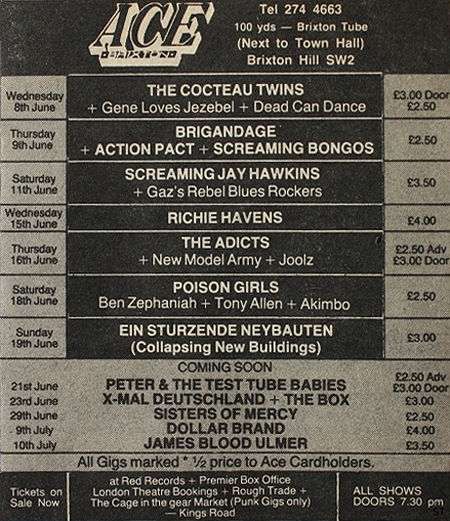 In all likeliness, The Sisters of Mercy did NOT play Brixton Ace on June 21st, 1983.

One reason supporting this assumption is the newspaper announcement here on the right side,


which lists the concerts scheduled for Brixton Ace for the second half of June 1983.


For 21rst June 1983, a concert of Peter And The Test Tube Babies is announced under "Coming Soon".

The Sisters did, however, play here on 29th June 1983 and since the setlist


below is identical with the one of June 29th, recordings from any alleged gig on 21rst June will