The Garden Of Delight (LP)

A studio bootleg LP that of Australian manufacture released in various editions over this decade.
Like the more recent American issue Light And Shadow, which features nearly the same tracklist, it contains mainly demos from the First And Last And Always era. 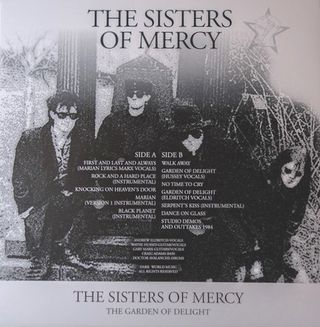 with the band name above and the bootleg title underneath.
The cover design changes slightly from one edition to another, but keeps to this image as the main theme. 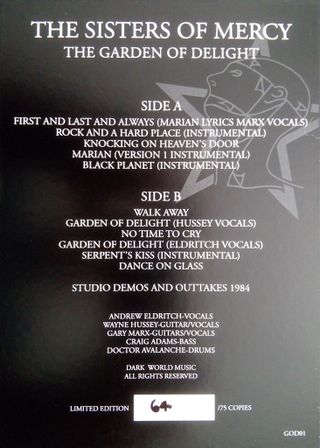 and gives some additonal information on the release as follows (plus an empty space for the numbering):

with "SIDE A/B", respectively, printed in also white letters below it.

from the same manufacturer.
The latter is also the producer of many other Australian vinyl bootlegs of the new millennium such as
Panic In Their Eyes, The Angels Of Sin, Ice To The Eskimo, Land Of The Kings, A Fire In The Hull,
and of late in 2018 alone Demos And Outtakes 1981-1984, The Damage Done Original Demo Tape 1981,
WEA In-House Mixes (Australian bootleg LP) as well as Reptiles In The Basement. 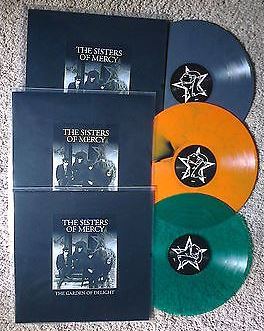 This LP was released in four editions.


More or less often, the different vinyl colours of each edition were sold together


as an "all colours" package at a slightly lower price.

The back cover sticker shows additionally to the common notes of all the releases a white field for the numbering:
LIMITED EDITION _____ /75 COPIES 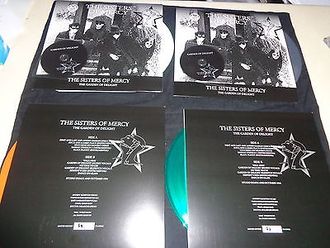 with same artwork fully printed on the whole of the 12" cover surface.
The additional notes on the back cover state:
LIMITED EDITION _____ /100 COPIES 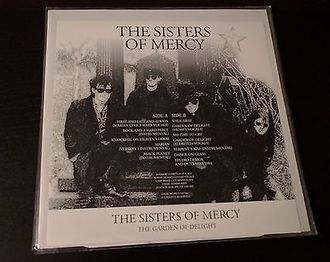 The Garden Of Delight - Cover with insert (third edition)

The insert combines the front and back coverart of the second edition, only here on white background.
It comes with the same picture and has the track list and other information initially on the cover back
printed over it. Only the semi-transparent head and star logo is slightly smaller. 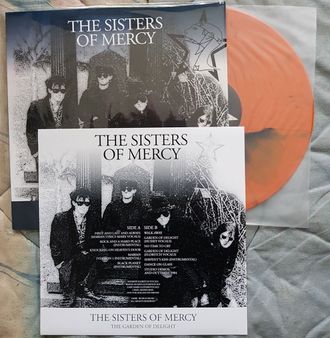 but was printed with a blue filter.

NOTE:
After the fourth edition, the left-over vinyls of the "Garden Of Delight" bootleg found new use
as record two of the 2LP Serpents Kiss bootleg by the same manufacturer.

For recent price developments of all these editions see popsike/The Garden Of Delight. 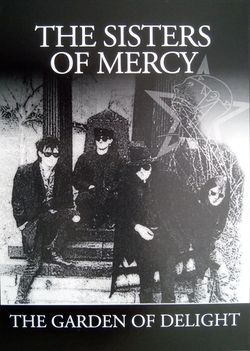 Vinyl colours introduced from the beginning with the first edition